Compass Rose on Integrity: “Kant famously considers the case of someone who comes to your front door with the intent to murder someone who is hidden in your house. He decides that it is immoral to lie to them and say their target isn’t home … A lot of people object to this because it seems like complicity in murder. However, I think it’s pretty defensible, if you remember that you can much more efficiently optimize your heuristics and habits than each particular act. If your environment is mostly friendly and benefits from people being honest, then it makes sense to invest in a mental architecture optimized for truth rather than expedience … The honest person’s response to the murderer at the door might be to shut the door, quickly, or yell at them to go away, or try and fight them off. If it occurs to them to lie, fine, but you shouldn’t try to become more like the person to whom that idea occurs, as long as it’s an exceptional case, and you want more truthfulness on net.” Acknowledging that humans are flawed unlocks solutions to many longstanding problems in ethics.

The missing persons of domestic violence: “The session was chaired by two sociologists from Scotland who were about to publish their own book on family violence, titled Violence against Wives: A Case against Patriarchy. Much of the session focused on the application of feminist theory, or patriarchy theory, to explaining the extent and patterns of violence towards wives, both in contemporary society and over time and across cultures. Much of the discussion was informative and useful. However, eventually someone raised the question of whether men were victims of domestic violence. The session leaders and many others in the group stated, categorically, there were no male victims of domestic violence. At this point, I raised may hand, risking being discovered as a gate crasher, and explained that I had indeed interviewed men and women who reported significant and sometimes severe violence toward husbands. I was not quite shouted down, but it was explained to me that I must certainly be wrong, and even if women did hit men, it was always in self-defense and that women never used violence to coerce and control their partners, as did men.”

From the above authors own life: “My mother’s attacks went beyond emotional devastation. Though her weight of 100 lbs. was no match for my father’s 170 lbs., he never responded with violence. And secure in the knowledge that he never would, she kicked and punched him with impunity. One incident in particular sticks in my mind. My father had chosen paint for the kitchen that was a shade too dark. My mother started out by insulting him, then yelling. As her rage grew she escalated to hitting him in the face with her fists. I watched him raise his hands, not to strike back, but merely to protect his eyes. But she wasn’t expecting it and her hand must have hit a bony part of his wrist. She immediately stopped, and then started whimpering, “You hurt me!” My father was not my mother’s only target. I was a small child when she shook me by the shoulders while my head hit the wall. But spending our entire childhoods walking on eggshells to avoid her wrath was even more destructive to us children than physical attacks. All of us, including my father, were driven to suicidal depression. After several attempts, my sister did take her own life. The only help we children would have accepted was from the parent we looked to for safety – our father.

A system that helped domestic violence victims without regard to gender could have saved my sister’s life by helping our father, but at that time no help was available to anyone. Sadly, the system in place today is even worse than when no help was available. I’ve asked police and social workers what would happen today if they answered a call similar to my parents’ situation. What would they do if they found an uninjured woman whimpering, “He hurt me!” and a man almost twice her size saying that he had merely covered his face and she’d hurt herself trying to punch him in the eye. The police officers and social workers I’ve asked have confirmed this would be their response: the male victim would be removed from the house and probably put in jail for domestic violence.“

The WHO appoints Robert Mugabe, defacto dictator of Zimbabwe for the past 37 years, as goodwill ambassador.

AlphaGo Zero: “Previous versions of AlphaGo initially trained on thousands of human amateur and professional games to learn how to play Go. AlphaGo Zero skips this step and learns to play simply by playing games against itself, starting from completely random play. In doing so, it quickly surpassed human level of play and defeated the previously published champion-defeating version of AlphaGo by 100 games to 0.” 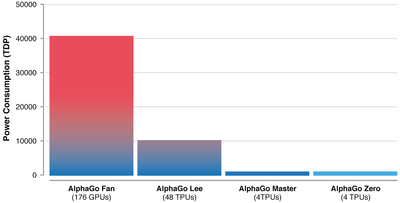